In Antarctica’s unique environment, Waterproof Cruises & Expeditions challenges the obstacles of this remote destination and introduces explorers to a full concept of the Antarctic, above and below the ocean. Antarctica remains the last vast wilderness on earth, a continent encircled by pack ice and huge tabular icebergs. Remote, inhospitable and without permanent inhabitants. It is the windiest and coldest continent, capped by an ice sheet over 4 km thick in places. From November untill April it's spring and summer in Antarctica, which is the season to explore this unique place on an expedition cruise.

For many, the most appealing aspect of cruising Antarctica is to see its wildlife. Although there are only a few native species, those that have adapted to the harsh environment thrive in large numbers. Early in the season, wildlife begins to return to the shores of Antarctica, and thousands of penguins start breeding on the ice-free patches of beach. At this time we often spot minke and humpback whales, as well as crabeater and leopard seals that lay in the sun on the ice floes. By mid-summer you can enjoy 24 hours of daylight this far south. Penguin chicks have hatched and start exploring their surroundings. Seals patrol the shores in search for pray, and also orca's can be spotted hunting for food. By late summer the adult penguins head for the sea, leaving their young ones behind to survive by themselves. Elephant seals and fur seals pass along on their way north, and many whales can be spotted as they feed themselves before heading to warmer waters.

Humans never inhabited Antarctica and exploration of the continent has only started recently. The only sounds you hear are natural; wildlife, water and the occasional boom of icebergs calving. If you listen closely, you can hear your heart beating with excitement! We offer many different expedition cruises to Antarctica, some journeys include a visit to the Falkland Islands and South Georgia. Our experts are happy to help you find the perfect Antarctica cruise for you.

As a Member of the International Association of Antarctica Touroperators, Waterproof supports the practice of safe and environmentally responsible travel to the Antarctic. 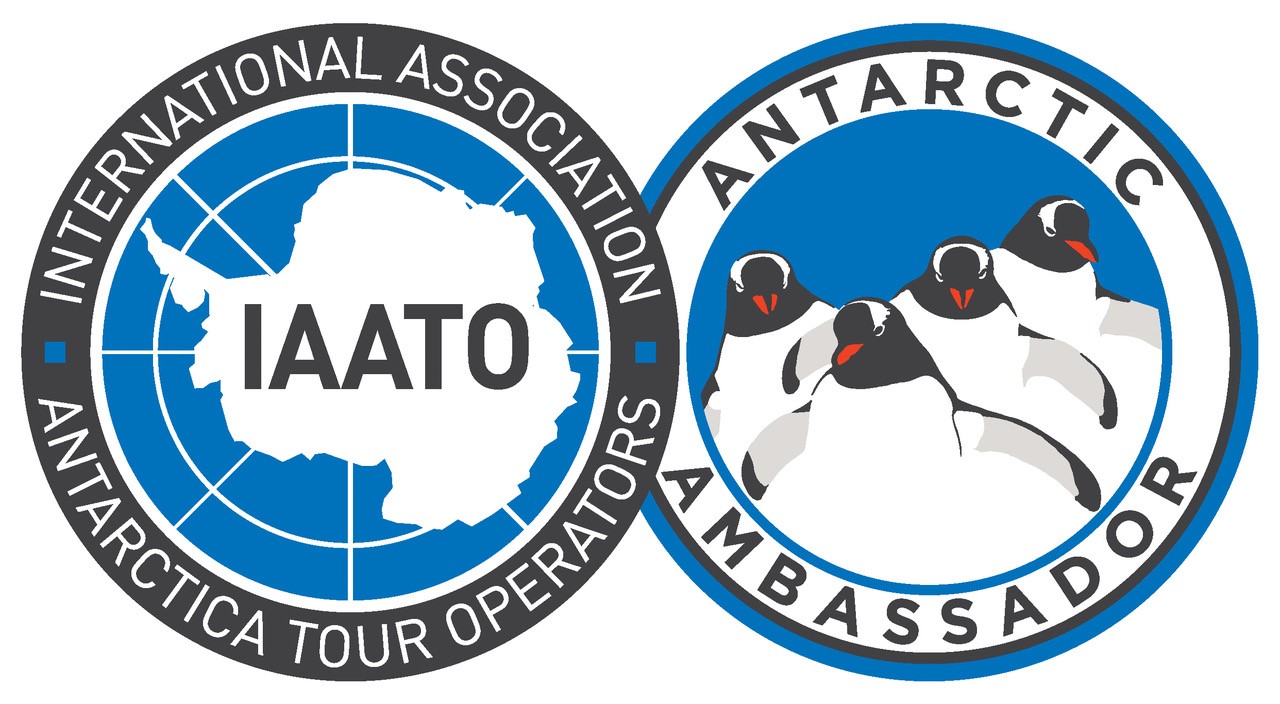