Arriving at Svalbard (also known as Spitsbergen) has probably been my best scenic flight I have ever witnessed. The weather was perfect and from the plane I had the best possible views of the archipelago. From this moment I started to realise what my trip would look like, because the natural beauty was unreal.
When entering the harbour, which is only one pier with a few vessels, I could tell everybody was very excited to get on board and start exploring west Svalbard. Embarkation was followed by the first briefing and introduction of all expedition guides. After a long day of travelling a buffet was served for dinner with so many different options to choose from. On board I stayed in an Superior cabin which was located on deck 4. Waking up every morning with a view of Svalbard is something I will not forget any time soon. Being so far north (78 degrees north) in summer means that the suns doesn’t set for four months. Days are long and my sense of time was totally lost after sitting on deck and enjoying the midnight sun.

During the lectures on board we received all kinds of information about Svalbard and what could be expected during the time on board. First stop of our trip was Lilliehöökfjorden. The scale of the glacier was so immense and the ice was indescribably blue. The views were spectacular and I could have stayed here a lot longer just to watch and listen to the sounds the calving ice makes. However we were heading to Ny London to make our first landing and to do a small hike. Ny London was an old mining place where they used to transport marble to other parts of the world. Unfortunately the business didn’t last very long, but the remains of this operation are still well visible. Materials are listed as natural heritage and therefore are not removed from the site.

I joined the refreshing polar plunge. Something that I will never forget, it was COLD!

Our goal was to reach 80 degrees north, which is not always possible due to sea ice. Lucky as I was, we were able to reach this magical point after sailing through the sea ice. Being so far north (only 600 nautical miles from the North Pole) was a thing to remember and cherish. To celebrate this milestone we went for a zodiac cruise and afterwards I joined the refreshing polar plunge. Something that I will never forget, it was COLD!

Spitsbergen is full of birdlife, being able to spend time at Alkhornet and Isbjornhamna showed me the harsh life conditions of the little Auk nesting grounds. These places attract other wildlife such as Arctic Foxes and reindeer as well. We had some time to sit down and admire the chattering birds, when all of a sudden an Arctic Fox arrived and started to look for eggs. FUN FACT: Arcitc Foxes are white during winter, but when spring arrives their winter fur changes into a camouflage color which is needed for hunting in summer!

So amazing to witness this moment and to finally see a Polar Bear in his own environment.

After a few days of sailing we still hadn’t seen any Polar bears, so everybody was out on the decks looking for them. During the trip we were lucky to spot four, where three of them were quite far away. I was so amazed by the guides that they have spotted them from kilometres away. Our last Polar bear was only one kilometre away and we stopped in the fast ice and stayed there for a few hours to watch how he was hunting for pup seals. So amazing to witness this moment and to finally see a Polar bear in his own environment.

Some days on board we only did a zodiac cruise and cruised along the coast in search for specific birds (Puffins) or other wildlife. Zodiac cruising in Svalbard is beautiful and fun. Some fjords were full of ice and others had large icebergs. Which made the scenery dramatic and enchanting.

I never expected to be this mesmerized and blown away by the natural beauty of Svalbard.

One of our last evenings the hotel manager had arranged a BBQ on deck. The setting was just spot on, icebergs floating around us while enjoying a delicious meal and a Glühwein. I never expected to be this mesmerized and blown away by the natural beauty of Svalbard. In the beginning of the season there is still a lot of snow and ice. At some other spots the tundra just starts to bloom and the purple saxifrage add some more dimension to the tundra’s. Before leaving for the Arctic I had hoped to see all kinds of wildlife and I have been extremely lucky to spot: all kinds of birdlife, the king of the Arctic (Polar Bear), walrus, Arctic foxes, reindeer even some belugas. Being out there made me realize that it is not as easy to spot them as I had anticipated.

Ingrid’s tips for your expedition cruise to Svalbard

Is it your first time on an expedition cruise to the Arctic? Ingrid has some insider tips for you to guarantee your voyage will be an unforgetable experience: 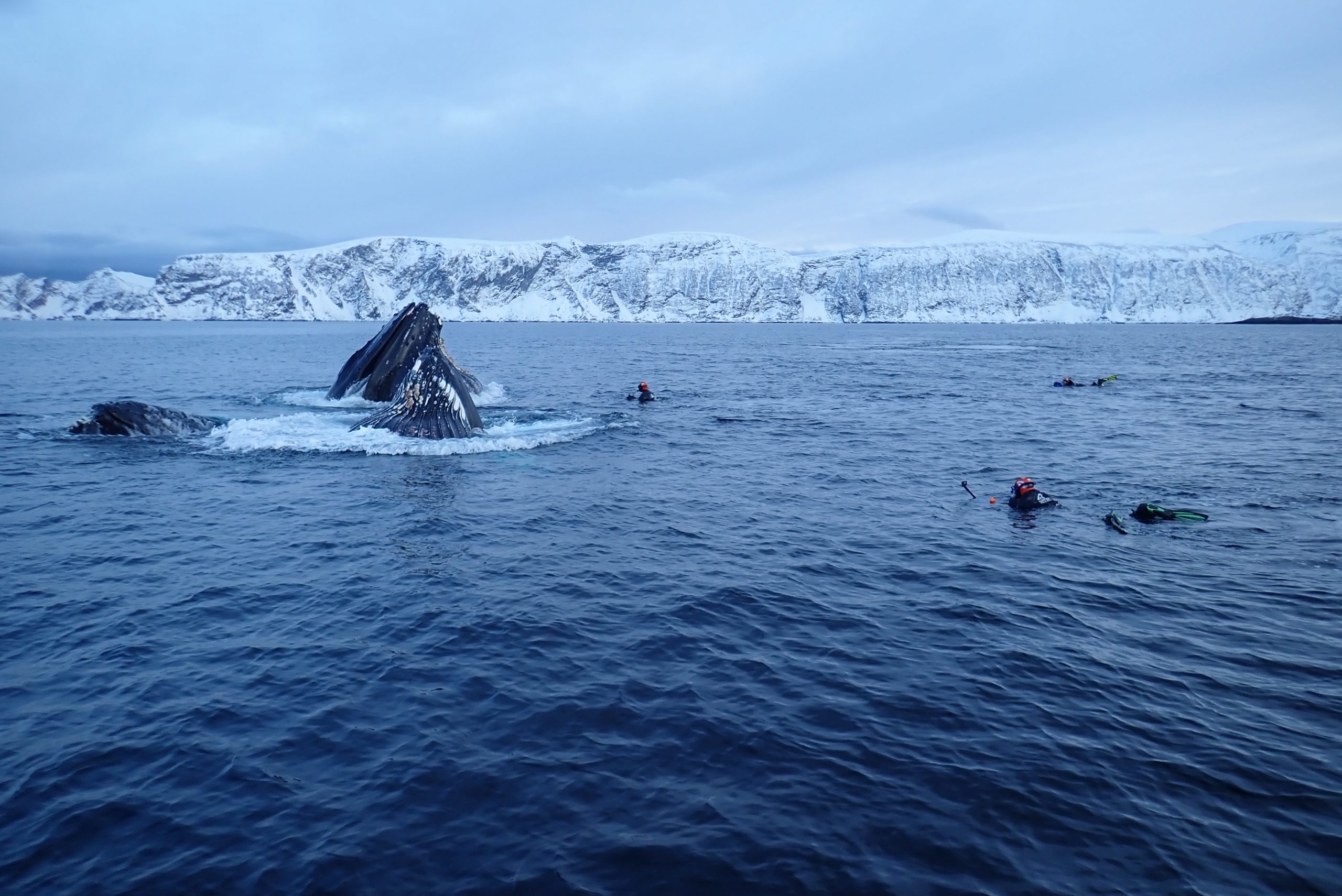